You would think that after all the work we did over the summer, we would want to take a break. Oh no! Truckin' Man has a new job new, and is no longer driving his own truck. With that change in employment, he was expecting to be layed off part of the winter. Planning for all that time at home, he decided to tackle the project of the couple ceiling tiles that had fallen down in the dining room. Simple enough, right? 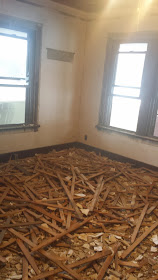 Well, really there was no fixing them. So, why not take this opportunity to put up a new ceiling and just skip the tiles? ? Not only was there the ceiling tiles... Lathe and plaster was underneath waiting for removal too.

My pictures were a little "high" here, because we were thinking about doing an "exposed" ceiling. 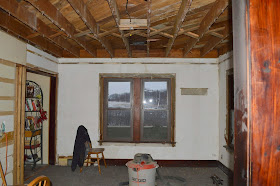 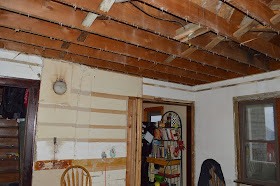 Oh what, the heck... Lets do new walls too. Down come the walls. 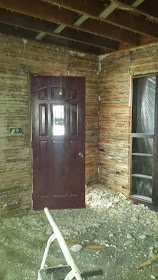 Hmmmmm... the kitchen has always been so small. Should we take it apart to?
Redo both rooms at the same time? 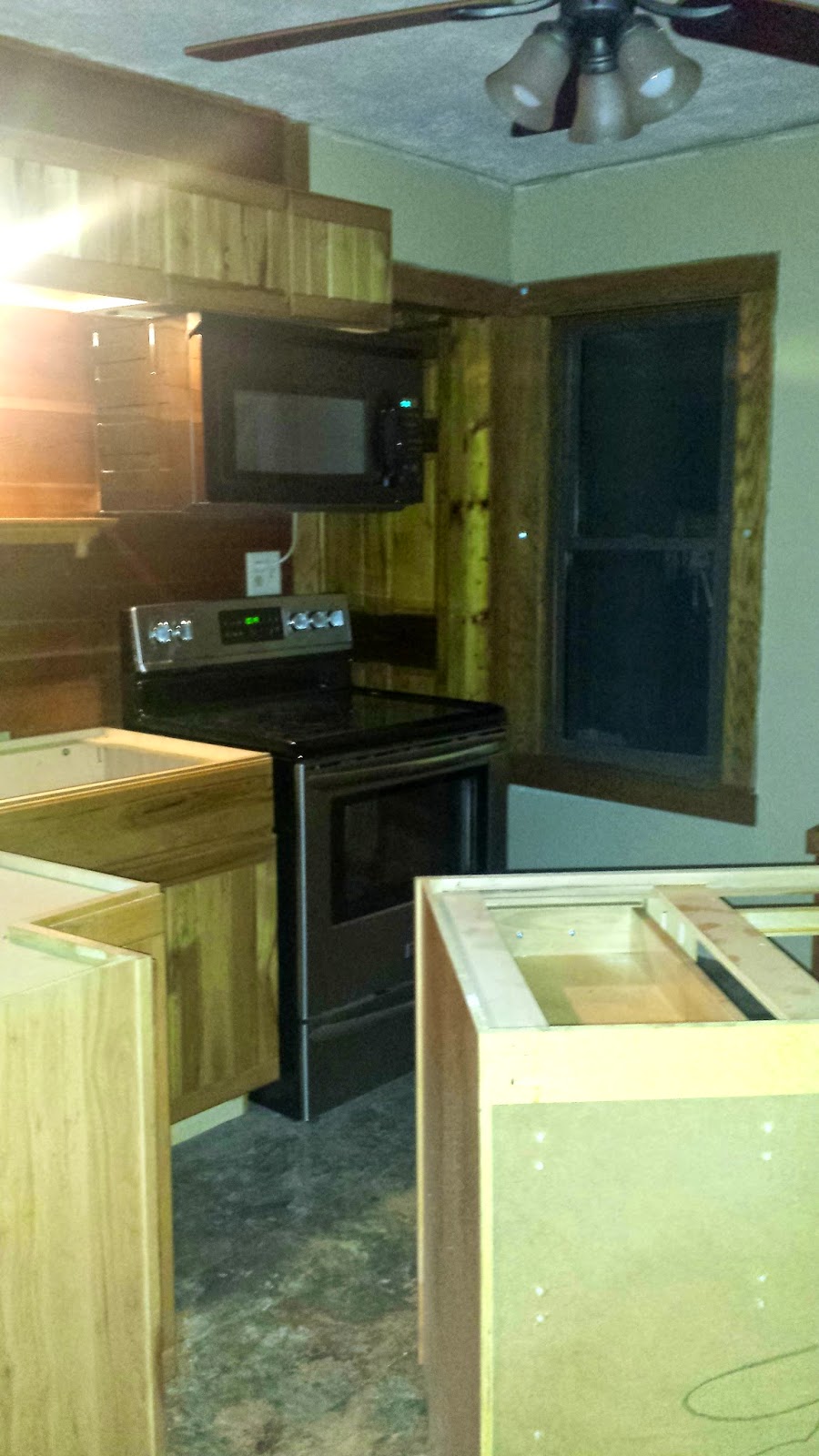 I mean really. Look at that. That is all the counter space I have to make my creations! 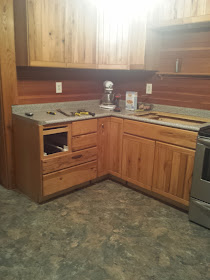 Ok. Lets do it. Down with the kitchen. 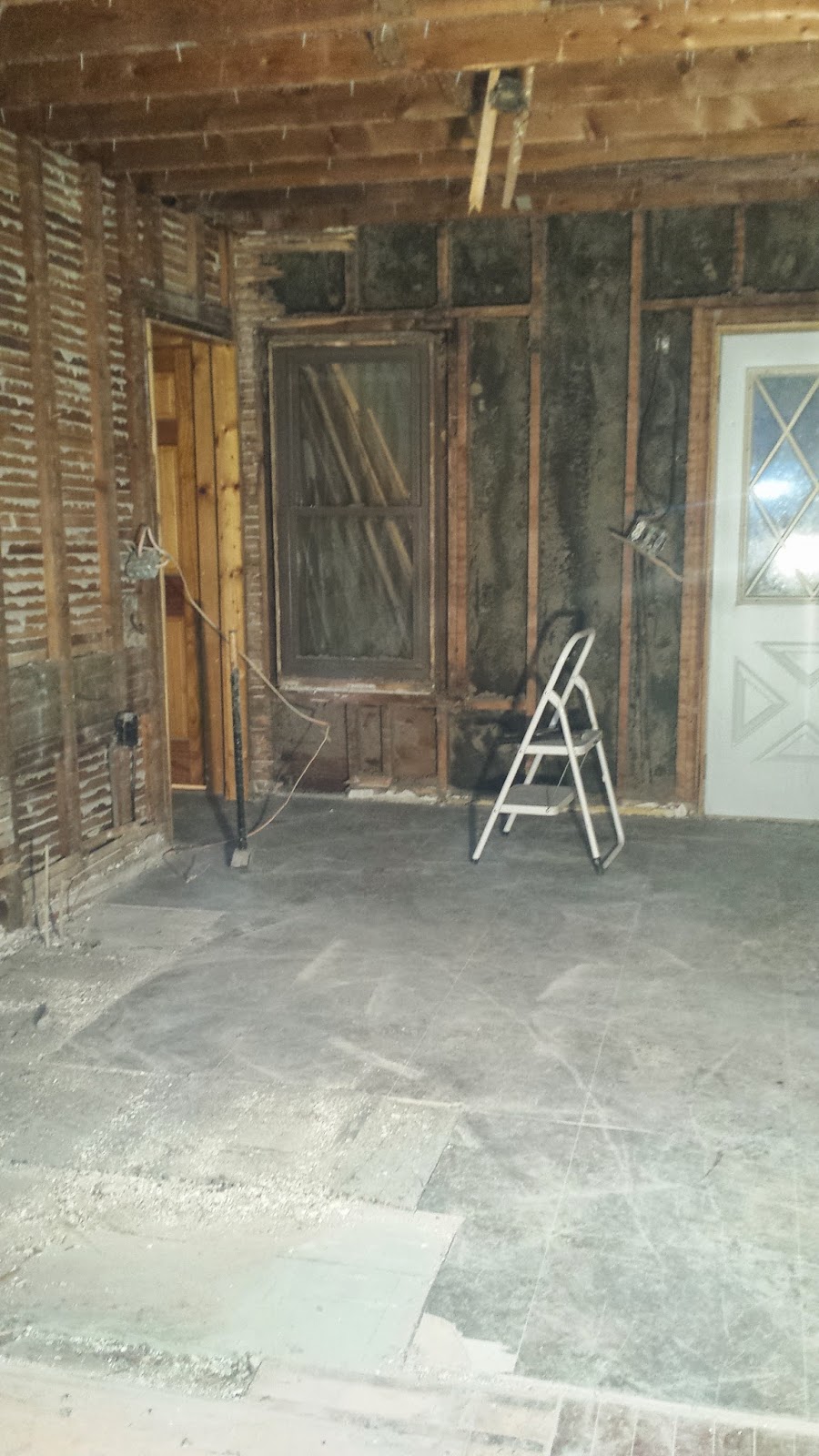 We really don't need a door off of the kitchen. Let's get rid of that too. 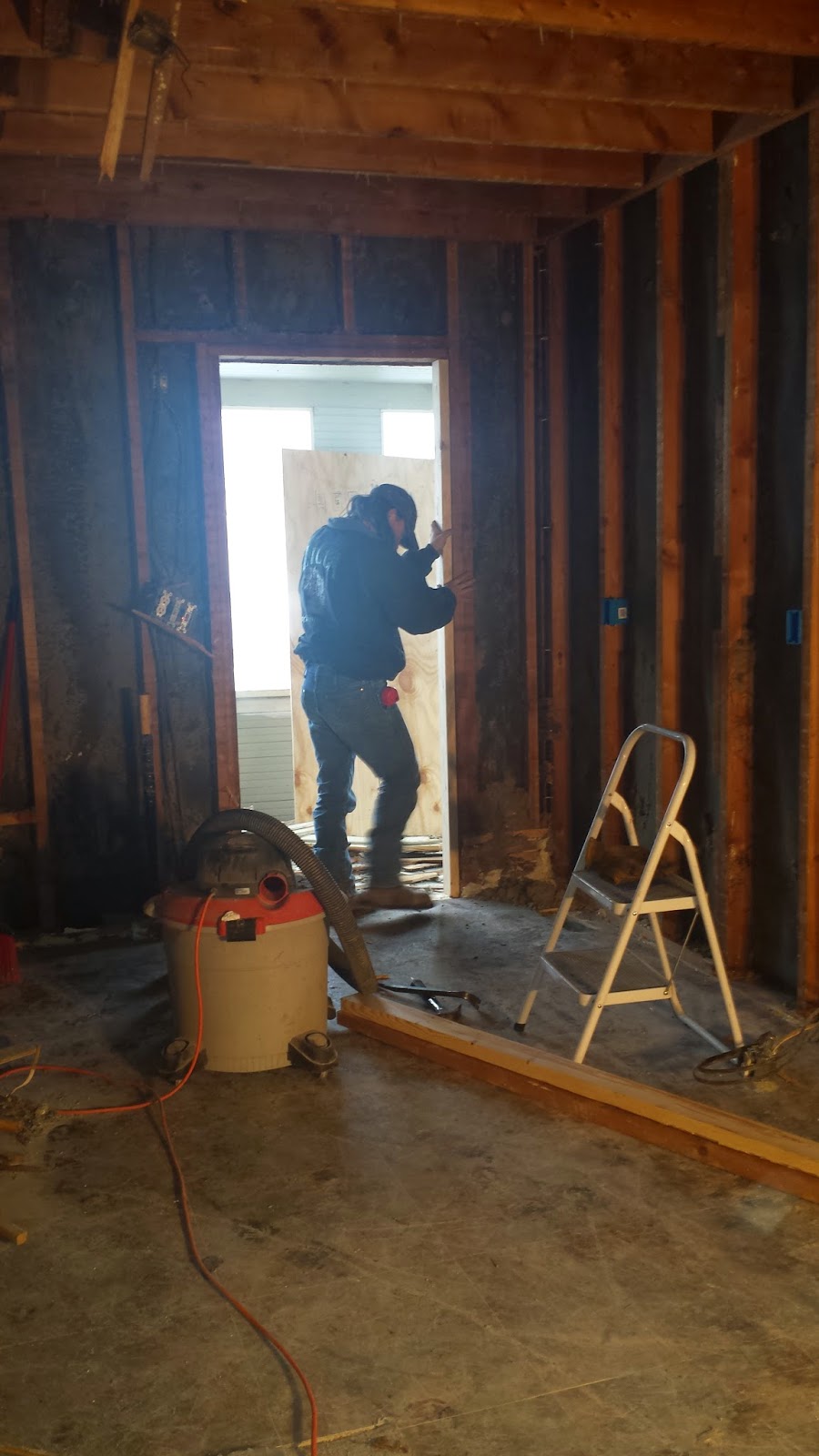 Stairway going up. Lets get rid of the doorway. 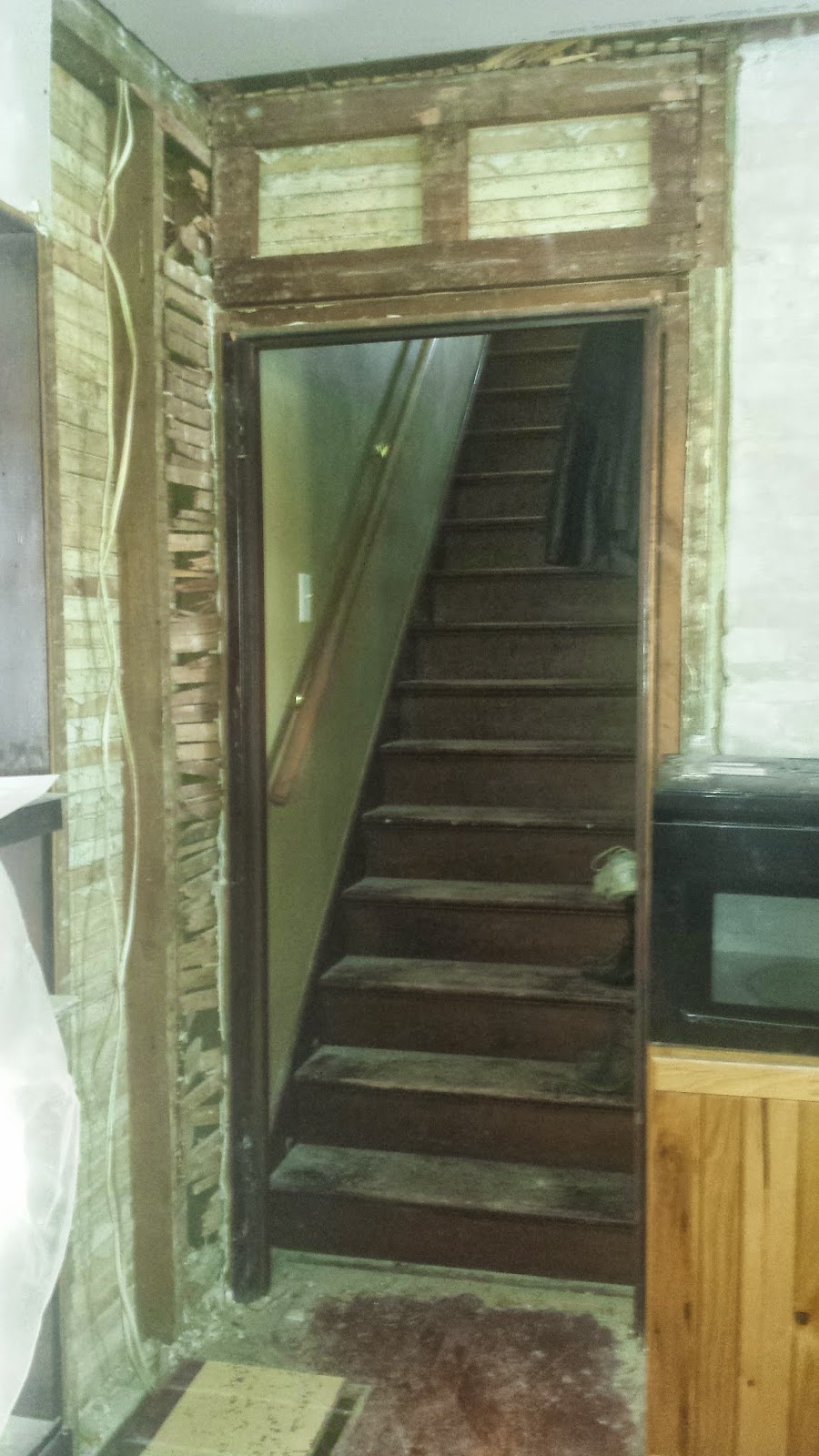 It will open things up a bit. 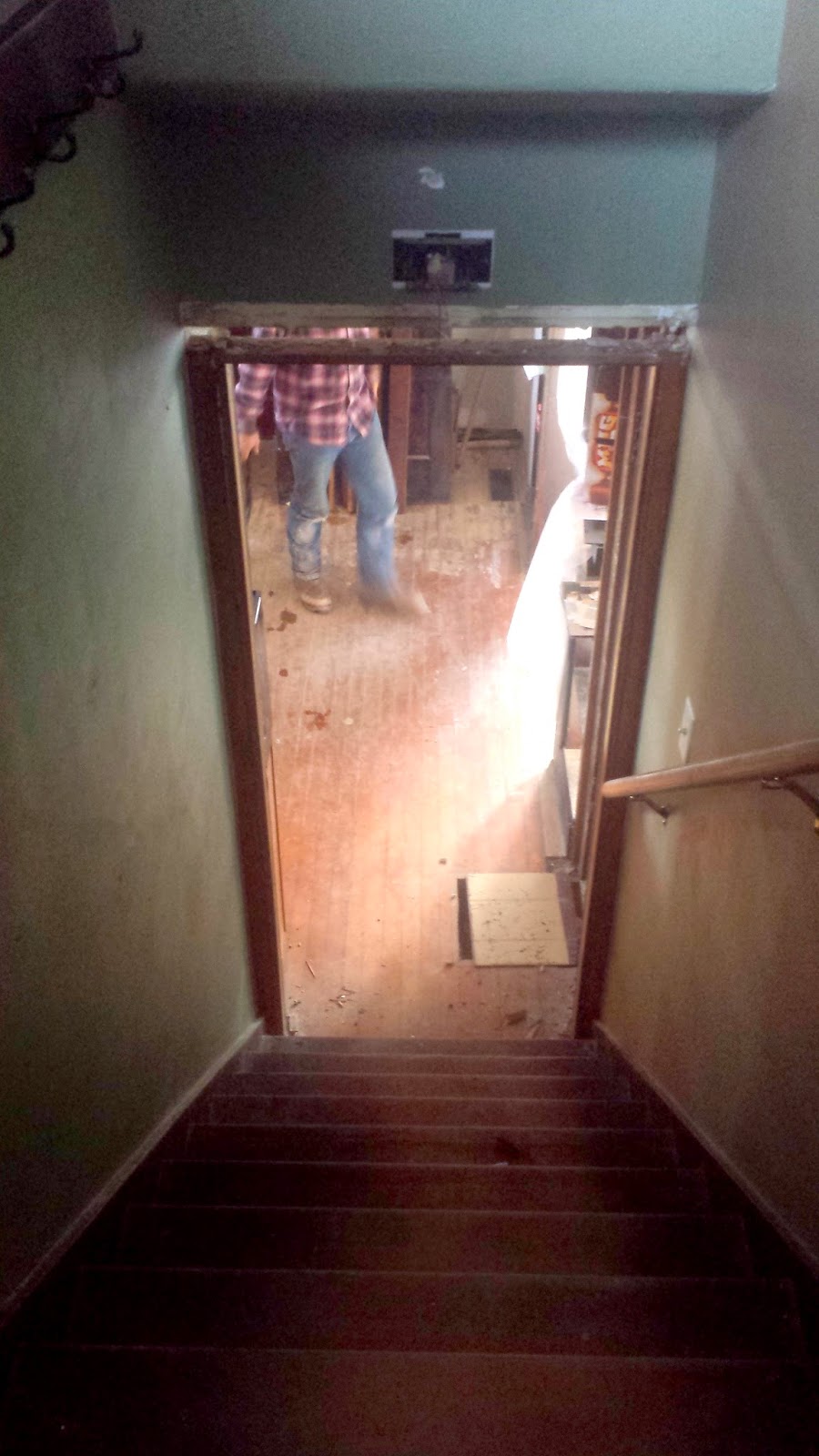 I had a hard time taking pictures during all this. A lot of the demolition I had to steer clear of due to my allergies. So, I was either at work or waiting patiently upstairs.

I forgot to mention, as soon as we had everything good and destroyed, Truckin' Man got called back to work for a few weeks!

I really wish I had some great photo's or recipes to share with you today, but I do have an update! Our kitchen is almost complete. I have finally been able to do a small amount of cooking and baking again, and I am hoping that tomorrow I will have things fully functional!

In the mean time.... I am hungry, and really wanting to cook! With the Super Bowl coming up, I have been watching so many recipes hit my feeds, that I started a Pinterest Board for Super Bowl foods! Check it out and get some inspiration! I will keep adding to it through the weekend too :)
http://www.pinterest.com/bigrigsncookies/super-bowl-good-eats/

What is your favorite Super Bowl or tailgating food?

Well, I just can't leave without sharing some type of pic, so how is this for a daily dose of cuteness? 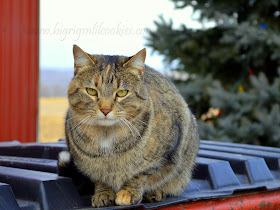 What? It's January 21st, and this is my first post of the year? Yikes! It has been crazy here with a remodeling project we thought we had time for. I will be happy when it's done, but I am still not sure if we had time for this or not! I will bring you lots more details on that project a little later.

In the mean time.... I had a recipe I made for Christmas that I wanted to share, but I misplaced my notes until they surfaced in a box yesterday. Green Taco Roll-Ups! Perfect appetizer for any football or Superbowl parties coming up!

Make them the day before you need them, then the day of your party, all you have to do is slice, plate, and dig in! My family loved these. Nice flavor, without being too spicy. My husband and my mom ate them with no complaints, so you know they weren't too hot! 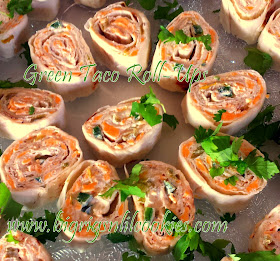