Remember those guys we have coming over working on trails, and I like to cook for them? Well, this is one of the recipes I was wanting to dust off. Back in the day, I made this all the time, but since I rarely use mixes any more, this one has got a little dusty. Truckin' Man had never even had it before.  It's such a moist cake, that is perfect for a summer treat. 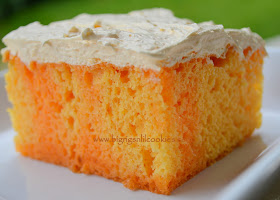 Mini rant ok? You know how food packages keep getting smaller? Everything, sugar, sausage, noodles... Well, did you know that even cake mixes have gotten smaller? I buy them rarely, so maybe this is old news, but my original recipe called for an 18 - 1/4 ounce cake mix. Now, the mixes I am finding are 15 - 1/4 ounce. Really? When did this happen?

Since the cakes are smaller now, I did make a couple adjustments to decrease the amount of jello in the cake so that it wasn't to much. I have tried this with other flavors, but in my opinion, orange is the winner. But, if you aren't a fan of orange, change it up, strawberry would be a good choice.

Try it this summer, it's so refreshing. Reminds me of a Push-up (do they still make those?) crossed with a Creamsicle. While you have the frosting waiting for the cake to cool, remember this isn't one of those fluffy sweet salads for you to eat... It's frosting for the cake!

Preheat oven to 350 degrees. In large bowl, combine cake mix, Kool-aid, eggs, 1 cup water and oil. Beat on low until combined, then beat on medium for 2 minutes.  Pour into ungreased 9 x 13 pan. Bake for 25-30 minutes or until toothpick inserted in center comes out clean.  Before cake cools, poke holes in cake with wooden skewer. Cool cake for 30 minutes.

Before gelatin sets up, combine milk, vanilla, pudding, and reserved gelatin. Mix for 2 minutes.  Fold in Cool Whip. Set aside while cake continues to cool. Once cooled, frost cake. Store covered in refrigerator.

Adapted from: Taste of Home

I mentioned last time how Truckin' Man has this new off-roading hobby, and it is having it's benefits. One of those benefit's is the cooking I have been getting to do! I'm crazy right? The club has met at our place a couple times now, working on trail development. As long as they are here, working on our land, we have been providing lunch. They have insisted they don't need lunch, but I love the chance to cook for more than the two of us! 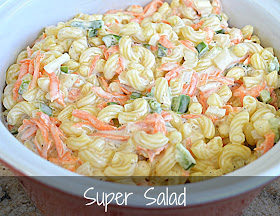 This Super Salad is a dish I knew I had to make for them, but getting the recipe from my mom took a while! Almost like she wanted to keep it a secret! I finally got it from her though, so no more secrets. Mom and Gram have been making this salad for years. It's a crowd pleaser, and easy to make a large batch for big gatherings.  Since our group was on the smaller side, I did make a small batch, but you can easily double this recipe to feed a bigger group. 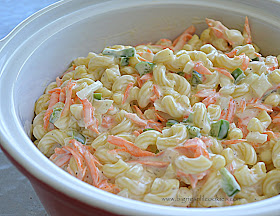 As a side note, I found a new pasta that I am in love with in making this recipe. I thought I picked up a box of regular elbow macaroni, but I actually picked up "Elbows". It's like an elbow, but with a twist. And just a little bit ridged... great for holding on this dressing! 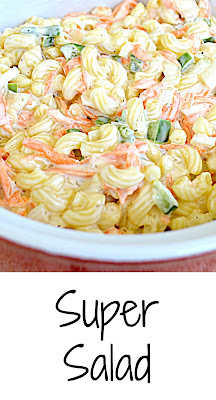 The last time I checked in with an "Around the Farm" was late May. Since time is flying past, I took the time last week to walk around the farm and take some pictures so I could share what's up.

Gardening. Wow, what a difference a year can make. We definitely are not having the thriving garden that we had last year. Actually the past couple years we have had such amazing gardens, I guess it's our turn to have an off season. We started off with sooooo much rain. Not floods like last year, thankfully. Just constant, and heavy rains. That lead us to having to replant some things. Several times. Ohh... and lets not forget that the house cats ate off some of our plants we had started by seed. That set us behind right from the beginning!  But, on the up side, our lettuce is thriving! Radishes have been doing well also. Everything else we will have to wait and see. 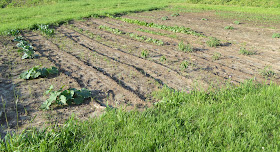 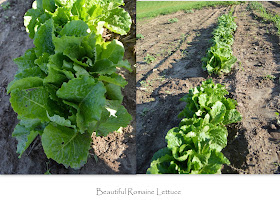 Chickens. Ugh. They've been a challenge too! We have the two new chickens you met last time. We were letting everyone free range together and all was going well, so we finally combined everyone into the same coop. We don't know if it was coincidence in timing, stress from the change, or what, but the entire old flock of 15 chickens got sick. It was horribly nerve racking as we have never had an illness in the flock before that didn't result in the unthinkable. As soon as this started we learned that you can no longer buy medicine in the store, you need to buy it through a vet. One hurdle after another. So, while trying to find a vet, I had started a natural treatment I read about. Mixing vinegar and fresh garlic in with their water. I rotated that every other day, and on the alternate day they got a vitamin mix water. We did finally find a vet and get medicine. But, treating with medicine means throwing all eggs away for several weeks, and we were starting to see improvement, so we held off. Well, everyone is finally better, and they are back to almost normal egg production.  The two new chickens, are doing well. They are much more home bodies and don't leave the coop much. Other than that, all I can say is we are waiting for one of the two to give us a cockle doodle doo song soon. 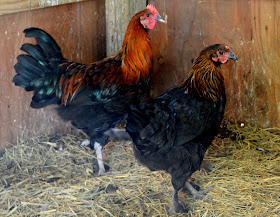 Berries. Strawberries were a challenge. Most of our heaviest rains came right when they were at their peak. Being we both have our day jobs, we just weren't able to stay on top of getting them picked quickly enough and the rain took most of them. Black raspberries however seem to be thriving!! We've devoured tons while just being outside, picked more than ever, and even were able to invite family and friends to come pick to their hearts content! Red Raspberries were on the downside of things though. We seem to have a virus out there, so mowed off one patch in hopes of keeping it from spreading to the second patch. Fingers crossed we have that under control. 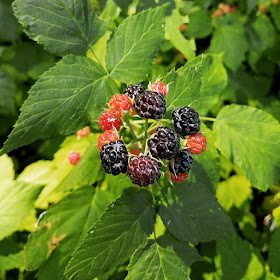 Flower beds. Thanks to my parents, who get all the credit in reviving one of our most prominent flower beds, that we just lost control over. It looks amazing now! They got rid of all those crazy weeds that were also thriving this season, did some pruning, removal, and added some new beauties including a dahlia and climbing rose! 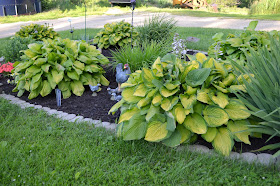 In the kitchen. I have several recipes lined up to share with you. Two should hopefully be this week, and a third just as soon as a I give it another test. I am really excited about that one. It's a Strawberry Drizzle Cake that I learned about thanks to the tv show, "The Great British Bakeoff".  A couple weeks ago, when I thought I was catching up on things, I started following along with the show through Wisconsin Public Television. Basically, they challenge you to make one recipe out of each episode. I pulled it off for the first episode! That's as far as I made it, but I learned a new cake that I fell in love with. 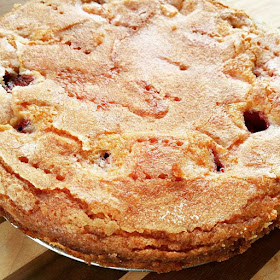 Husband. Husband has a new hobby. Off roading. It fits doesn't it? It involves wheels, motors and getting dirty.  I give it the thumbs up because it's cheaper than some of the other hobbies he's tried in the past. AND... the bonus is the off roading leads to trails through our woods which is giving me access to area's I've not been able to get to before! 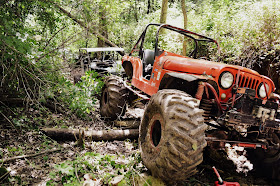